Report of the anniversary weekend

“Posso rifugiarmi da te?” Cobien Nieuwpoort sings to doctor Bartólo, “Can I stay with you?” It is one of the enchanting moments of this weekend. The doctor of Lampedusa is visibly touched. A moment of connection, across boundaries. There are many moments like this during the weekend.

With this song, the doctor is welcomed on the site where all the exhibitions take place in the context of the “30 years Charter of Groningen.” Only minutes before, the alderman and deputy mayor of Groningen Ton Schroor opened the site, with an inspired speech. 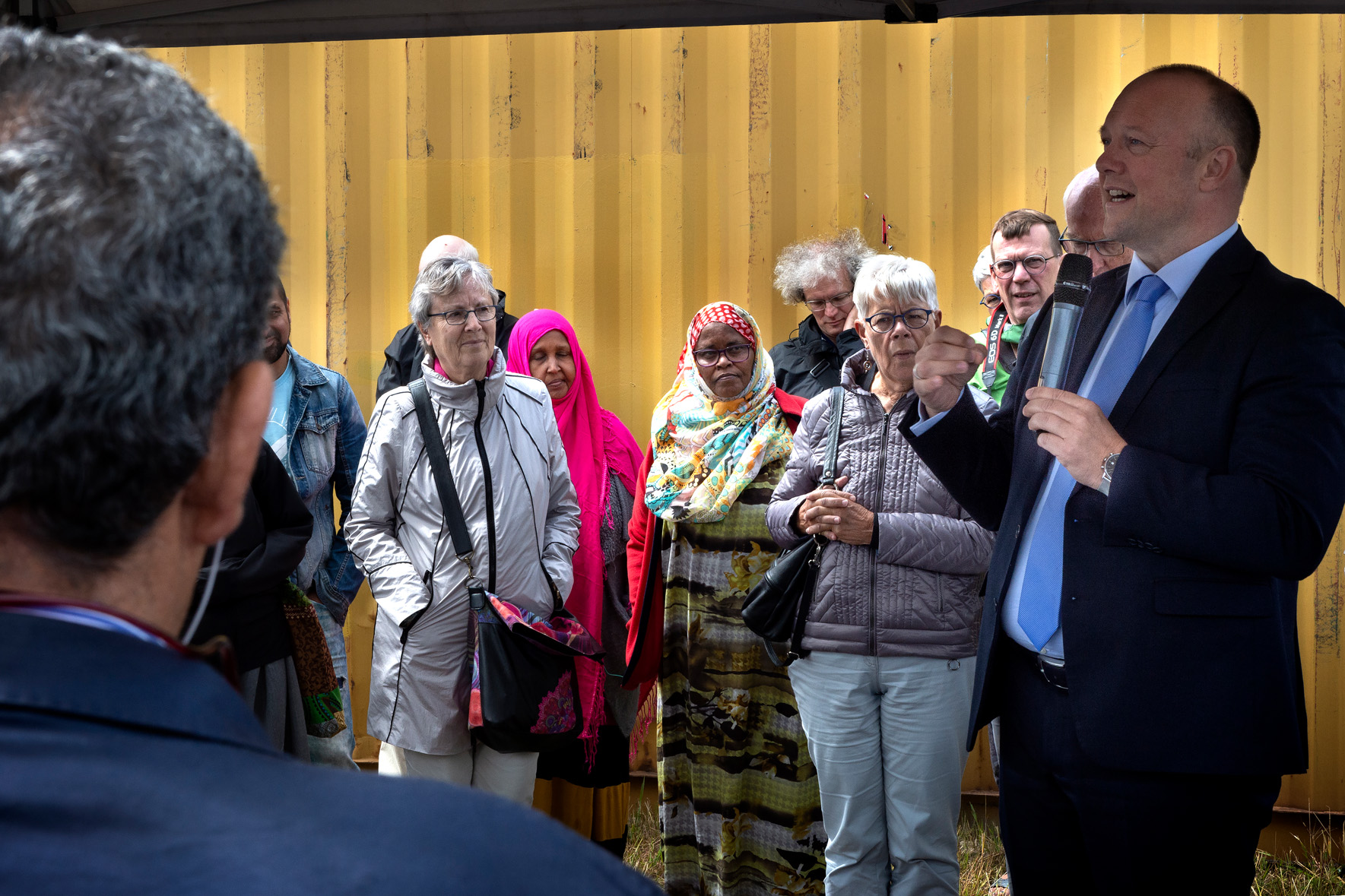 Doctor Bartólo opens two containers with his own photos. Images of his daily reality as doctor on the front lines of the humanitarian drama on the Mediterranean Sea. Whereas the pictures in the glass containers are accessible and also show successful rescues, the pictures in the ‘closed’ container show the shocking reality of the many wounded, the mutilated, and the dead.

Horrible images, that touch people deeply. Pietro Bartólo comments on the photos himself in the container, in his relentless fight for justice and a decent treatment of refugees. “I embrace all the refugees that I treat, if I can,” he later explains at the dinner table. “They have been through so much. They need it.”

The anniversary weekend started a day earlier – Friday – with the work conference for the young and politicians, moderated by Dr. Carla van Os of the University of Groningen (specialized in children’s rights) and by INLIA-director John van Tilborg himself. Several dozen youngsters join, from Groningen and Haren, but also from Singapore, Indonesia, Pakistan, Sweden, Germany, Hungary and Romania. 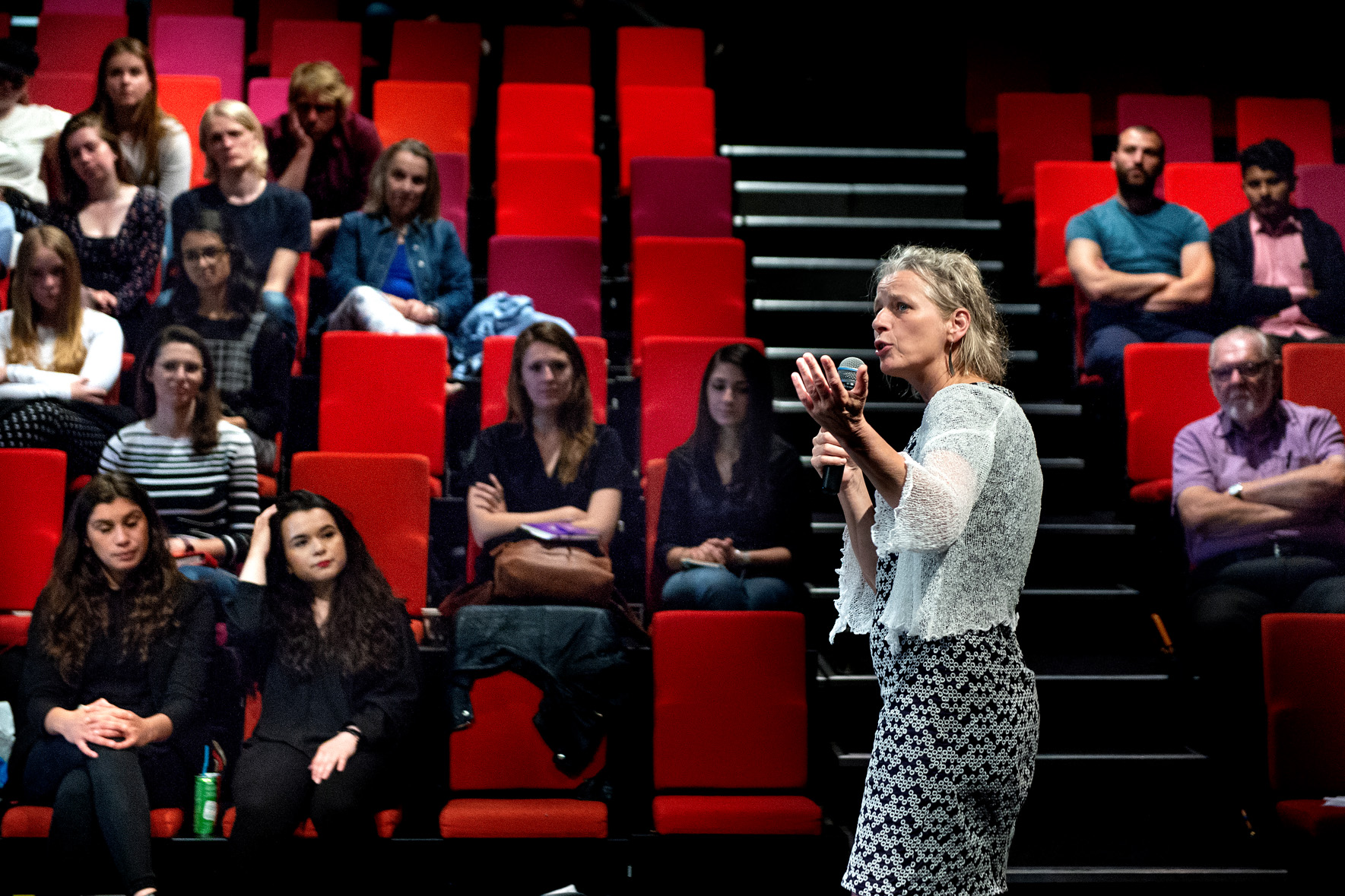 The young turn out to be very concerned about the negative images of refugees. They see this as the main problem and as a great danger. They see solutions in creating more contact between refugees who newly arrive in an area and the people who already live there. “Place asylum seekers' centres in the centre of cities and villages, so that people can meet each other.” And for the politicians that were present, they had one piece of advice: less words, more action! 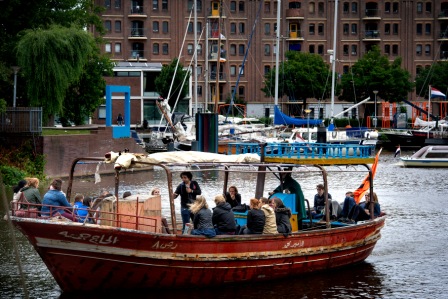 The young then make a roundtrip with a boat from Lampedusa. 282 refugees made the voyage on this small boat, on board a refugee tells about it.

The rest of the company – particularly the people from the churches that have signed the Charter – goes to the 'Open Hof', the pastoral-diaconal centre which has been established by six church communities in the inner city of Groningen. 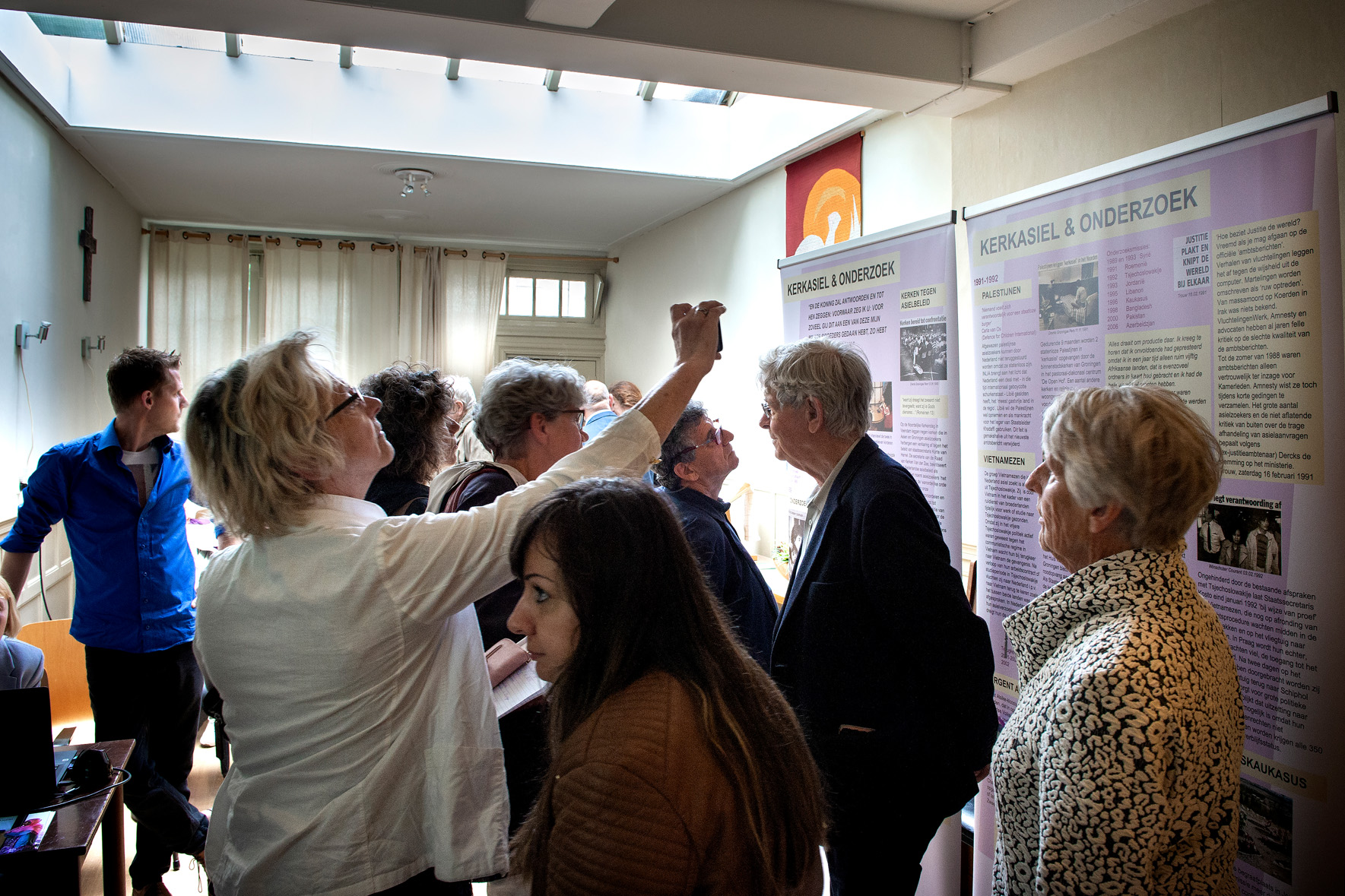 This location was assigned as a place of sanctuary ('kerkasiel') if one of the participating church communities was willing to be the 'inviting community'. In this way, a number of Syrian-Orthodox Christians and stateless Palestines have received hospitality in this building. Today, a small exhibition of photographs, documents and videeo  images can be seen. To the surprise of the visitors, some of the refugees that have stayed in sanctuary in the Open Hof over 25 years ago are also present today.

More photographs of the jubilee event can be seen in the Dutch section.